Galatasaray continues its efforts to have Yusuf Demir play in the Turkish stadium. Galatasaray management, which has made an official application to the Turkish Football Federation (TFF), is preparing for a new move.

Minister Dursun Zbek is planning to take Yusuf Demir with him and visit TFF Minister Mehmet Bykeki in his office. The visit will take place after the national break. Zbek wants Bykeki to personally get to know the expatriate 19 next door with the football player. Galatasaray staff hope to prove that Yusuf Demir is a profile that deserves to play in the Turkish stadium.

In this meeting, the subject of dual citizenship will also be on the agenda.

On the other hand, the law of the yellow-red club is also conducting legal research for the acquisition of Yusuf, who plays for the Austrian National Team, to the National Team. Austria has made this player sign a special contract, whether it will be forced or not is under investigation.

“APPLICATION MUST BE DONE IN THE CONTEXT OF SPORTS LAW”

Sports law expert and CAS referee, Attorney Emin Zkurt, stated that it is more accurate to evaluate Yusuf Demir’s situation within the framework of sports law.

Here is a summary of Bozkurt’s statements to Szc:

“FIFA and TFF instructions prevent Yusuf Demir from being counted in the domestic stadium. It is important what the basis will be if Galatasaray starts the legal process. There is a regulation in the 59th article of our constitution regarding the Turkish sports judiciary. It has been regulated that compulsory arbitration will be resorted to against the decisions. 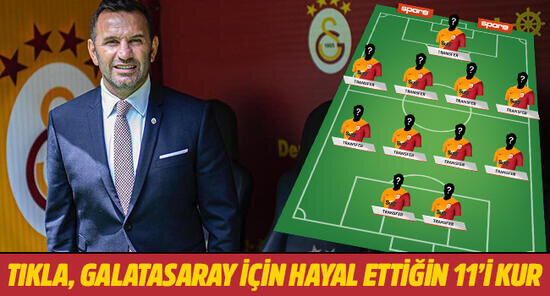