Warning from Iran to Azerbaijan and Armenia as a threat: We do not allow any border changes “PROBLEMS NEED TO BE SOLVED WITH DIALOGUE”

Azerbaijan Noting that the problems between Armenia and Armenia should be resolved through peaceful dialogue, Bakıri said that they would not tolerate any border changes in the region; “As we have repeatedly declared, we will not tolerate any changes in the borders in the region. We advise Azerbaijan and Armenia to resolve their problems by peaceful means.”

“The Presence of Zionists in the Region is a Threat”

Bakiri, who also gave a message to the Gulf countries through the USA and Israel, said, “The presence of the Zionists in the region is a threat. If we feel a direct threat, we will face the Zionist regime and its supporters.” Stating that they want to establish close relations with the countries of the region, but noting that the USA and Israel pose a threat in the region, Bakiri said, “When these threats are eliminated, a regional alliance is formed.” 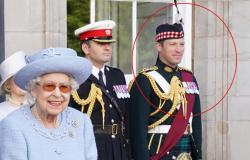