President Recep Tayyip Erdoğan, who is in the USA for the 77th General Assembly of the United Nations (UN), was the guest of a television channel and made important statements. One of the issues that the world learned for the first time in that broadcast was that Ukraine and Russia had reached an agreement on the exchange of 200 prisoners.

The process built with Turkey’s initiatives gained a new dimension as of last night. International news agencies announced that the prisoner exchange, mediated by Ankara, had been completed.

President Erdoğan also made a statement at the same time and said that this step is very valuable for ending the war. According to the first public information, 108 of the 215 Ukrainian soldiers exchanged were in the Azov Battalion. Even the Battalion Commander and his deputy were among those exchanged. As it will be remembered, it has been publicized before that these names will be executed and Russia has stated many times that it will not take a step back in the process.

According to the news of Sertaç Aksan from TRT Haber; The Russian side, on the other hand, received more than 50 Russian soldiers, including Viktor Medvedchuk, Chairman of the Pro-Russian Opposition Party, known in the Ukrainian Parliament. Medvedçuk is not just a name that is important for the field. He is also one of the ‘friends’ of Russian President Putin.

The fact that the names exchanged were so critical brought along the question of how the process progressed and how the countries were convinced of this. Bursa Technical University International Relations Department Lecturer Assoc. Dr. We talked to Ali Burak Darıcılı about the answers to these questions and other details of the process.

Among the names released by Russia are the senior commanders of the Azov Battalion.

Assoc. Dr. Darıcılı emphasizes that the prisoner exchange is a message from Turkey to the world… Underlining that Ankara has done very valuable work with the summits held in Antalya and Istanbul, the grain agreement and the last prisoner exchange, Darıcılı points out the importance of an active neutrality policy.

Darıcılı opens an important parenthesis here and says, “Will countries be more effective by being directly involved in problems or by active neutrality?” poses the question. He also gives the answer himself:

Turkey has shown the world that it is possible to be a very effective actor with active impartiality, without intervening in problems, as well as evaluating each issue in its own right. This is an important detail for other countries as well.

Prisoner exchanges are common during wars. Even in the most heated moments, partial ceasefires and exchanges are possible. The exchange that took place with Turkey as a mediator is an example of this. However, there are some points about the process that we need to follow closely… For example, the Azov Battalion commanders will not be able to enter Ukraine until the end of the war. These names will remain in Ankara. Why is this important? It shows that both Russian President Putin and Ukrainian President Zelenskiy have full confidence in President Erdogan. Both Ukraine and Russia believe unconditionally that Turkey will keep its word. Otherwise, such a situation would not have developed.

MYTH IS VERY ACTIVE IN THESE AREAS IN LAST YEARS

French President Macron said, “It is unacceptable that Turkey is the only country that has direct and high-level communication with both Russia and Ukraine.” Darıcılı reminds me of his statement. Adding that Turkey once again showed how important an actor it is in the international arena with this move, he shares his thoughts on the intelligence process of the prisoner exchange:

“It is highly possible that this bargaining process was carried out by the National Intelligence Agency, although it did not reflect on us. In recent years, the agency has been doing very valuable work in the name of intelligence diplomacy. The processes carried out with countries such as the United Arab Emirates, Israel and Egypt are examples…

Of course, the work of the MIT is not limited to this. It would not be a surprise to expect the Azov Battalion commanders to control and coordinate almost everything during their stay in Ankara.

When you put all these together, we clearly see how important the prisoner exchange is and that there is no other country other than Turkey that can do this. Let’s hope that Ankara’s moves will open new doors for peace.” 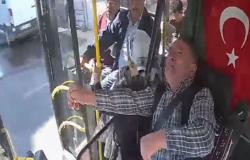