IZMIR- In a flight of Sunexpress company the previous day, a snake head was found in the meal given to the flight crew. Mesut Evliyaoğlu, the official of the catering company named Sancak Inflight, which provides catering service to the airline company, said that this is the first time they have encountered such a situation.

Claiming that some information was misrepresented to the public, Evliyaoğlu said, “Ankara-Düsseldorf is written on social media, but it is not the plane. It is said that the plane in which the complaint is in question is the Antalya-Vienna plane. We asked for samples, but we haven’t received any samples. We are a large company serving all domestic and foreign airlines since 1994. We have been providing catering services to Sunexpress company since 2018. This is the first time we have encountered such an event,” he said.

‘WE WILL TAKE LEGAL ACTION’

“For the last month, there has been talk about problems such as snails and insects. Finally, the snake went up to his head. The dosage of such news began to increase. As a catering company, we operate at 6-7 stations in Turkey. We think this issue is not about us. When we read the comments, there are pressures such as buying food from another company. Our legal department is looking into this matter. The sample that should be considered the most important evidence. We serve many companies all over Turkey, even the heads of state. Our door is open, come and visit our facilities. We don’t think it is from us, but we are mentioned and we are very sorry. If there was a sample, we would have a chance to analyze it. We would see what animal it was and where it was fed. Because catering companies are companies that are subject to intense control.” (WALL)

NEXT He resigned after 600 years and went down in history! Former Pope Benedict XVI dies aged 95 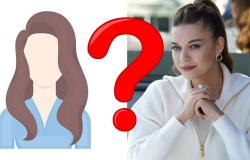